A meditation on world invention and collapse, A Flag of No Nation traces the stories of Turkish Jews in the 20th century, blind colonists in a white ocean, and performers enacting new rituals around a nationless flag. Through forms of storytelling that range from allegory to oral history, Tom Haviv investigates the history of Israel/Palestine and the mythologies of nationalism. A warning against imperfect dreams, and invitation to imagine something new, A Flag of No Nation reminds us how the act of remembrance can help us re-envision the future.

Tom Haviv is a writer, multimedia artist, and organizer based in Brooklyn and born in Israel. His debut poetry collection, A Flag of No Nation, is being published by Jewish Currents Press in the fall of 2019. His first children’s book, Woven, was published in the fall of 2018 by Ayin Press. He is also is the founder of the Hamsa Flag project, an international performance project designed to create conversation about the future of Israel/Palestine, Sephardi/Mizrahi culture, and Jewish/Muslim solidarity. He works with NYC-based community organization JFREJ (Jews for Racial and Economic Justice) where he is an active member of their Sephardi/Mizrahi Caucus. 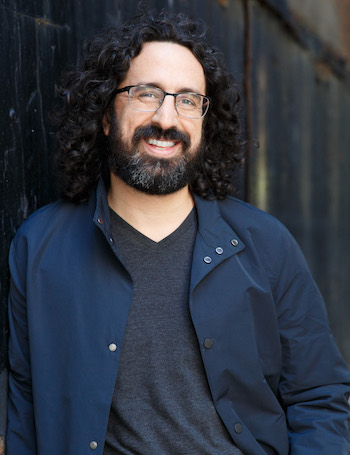 Michael Zapata is the author of The Lost Book of Adana Moreau. He is a founding editor of the award-winning MAKE Literary Magazine. He’s also the recipient of an Illinois Arts Council Award for Fiction; the City of Chicago DCASE Individual Artist Program award; and a Pushcart Nomination. As an educator, he taught literature and writing in high schools servicing dropout students. He is a graduate of the University of Iowa and has lived in New Orleans, Italy, and Ecuador.