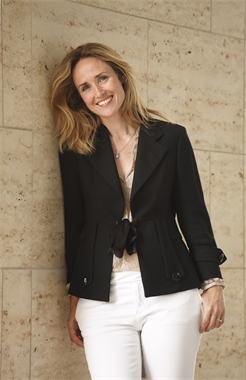 In this glittering tale of forgotten treasures and long-held secrets, international bestseller Karen Swan explores one woman’s journey to discovering the truth behind an abandoned apartment and a family whose mysteries may be better left undiscovered.

When high-powered fine art agent Flora Sykes is called in to assess objets d’art in a Paris apartment that has been abandoned since WWII, she is skeptical at first—until she discovers that the treasure trove of paintings is myriad…and priceless. The powerful Vermeil family to whom they belong is eager to learn more and asks Flora to trace the history of each painting.

Despite a shocking announcement that has left her own family reeling, Flora finds herself thrown into the glamorous world of the Vermeils. But she soon realizes there is more to this project than first appears. As she researches the provenance of their prize Renoir, she uncovers a scandal surrounding the painting—and a secret that goes to the very heart of the family. The fallout will place Flora in the eye of a storm that carries her from London to Vienna to the glittering coast of Provence.

Xavier Vermeil, the brusque scion of the family, is determined to separate Flora from his family’s affairs in spite of their powerful attraction to one another. Just what are the secrets he is desperately trying to hide?