C. A. Higgins writes novels and short stories. She was a runner-up in the 2013 Dell Magazines Award for Undergraduate Excellence in Science Fiction and Fantasy Writing and has a B.A. in physics from Cornell University. She lives in Brooklyn, New York.

Jon talks with Catherine about her book, Lightless, the first in a trilogy.

NAMED ONE OF THE BEST BOOKS OF THE YEAR BY BUZZFEED AND KIRKUS REVIEWS • With deeply moving human drama, nail-biting suspense—and bold speculation informed by a degree in physics—C. A. Higgins spins a riveting science fiction debut guaranteed to catapult readers beyond their expectations.

Serving aboard the Ananke, an experimental military spacecraft launched by the ruthless organization that rules Earth and its solar system, computer scientist Althea has established an intense emotional bond—not with any of her crewmates, but with the ship’s electronic systems, which speak more deeply to her analytical mind than human feelings do. But when a pair of fugitive terrorists gain access to the Ananke, Althea must draw upon her heart and soul for the strength to defend her beloved ship.

While one of the saboteurs remains at large somewhere on board, his captured partner—the enigmatic Ivan—may prove to be more dangerous. The perversely fascinating criminal whose silver tongue is his most effective weapon has long evaded the authorities’ most relentless surveillance—and kept the truth about his methods and motives well hidden.

Michelle Young is a graduate of Harvard College in the History of Art and Architecture and holds a master’s degree in urban planning from Columbia University Graduate School of Architecture, Planning and Preservation, where she is an Adjunct Professor of Architecture. She is the author of Secret Brooklyn: An Unusual Guide, New York: Hidden Bars & Restaurants, and Broadway. Michelle appears regularly as a guest speaker in documentaries, on television, and at conferences on urban issues. She has traveled to over forty countries and is always looking for the next adventure.

Augustin Pasquet is from Paris, has lived in Nigeria, Switzerland and Thailand and recently fell in love with Brooklyn, where he lives now. He has a master degree in marketing from ESSCA Business School in France and worked at L’Oreal in sales and marketing for 7 years. Augustin spends his off-time traveling, taking pictures with his Canon 5D camera or his rapidly increasing Lomo collection. He has traveled to 25 countries, including Cuba, Madagascar and Bolivia.

Untapped Cities unearths New York City’s most unique and surprising places, stories and events for the inquisitive reader. Untapped Cities is a community of over 500 passionate contributors, interested in what’s hidden and unnoticed, and how our history informs city life now and in the future. 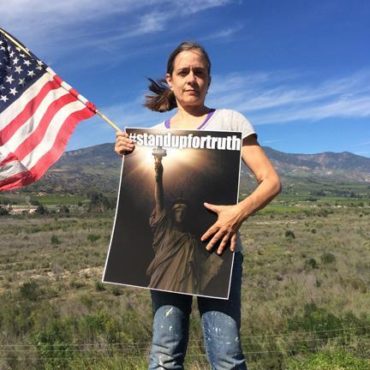 Naomi Pitcairn is an artist and activist committed to advancing the urgent social issues of our times. She is passionate about the rights of immigrants, whistleblowers, native americans and other oppressed minorities. Using disruptive art projects and purposeful pranks along with her arts background (including her time as a Times Square billboard painter) she has masterminded over 50 gigantic street art chalks from the Bay area to Baltimore and garnered a fair amount of positive press for her causes over the years.