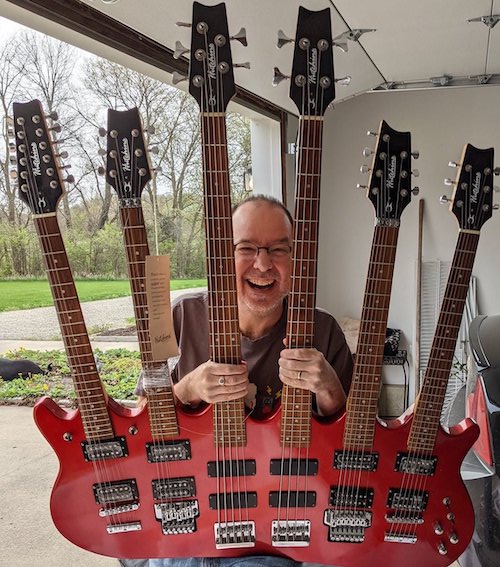 When COVID-19 sweeps through New York City, Jamie Gray is stuck as a dead-end driver for food delivery apps. That is, until Jamie makes a delivery to an old acquaintance, Tom, who works at what he calls “an animal rights organization”. Tom’s team needs a last-minute grunt to handle things on their next field visit. Jamie, eager to do anything, immediately signs on.

What Tom doesn’t tell Jamie is that the animals his team cares for are not here on Earth. Not our Earth, at at least. In an alternate dimension, massive dinosaur-like creatures named Kaiju roam a warm and human-free world. They’re the universe’s largest and most dangerous panda and they’re in trouble.

It’s not just the Kaiju Preservation Society who’s found their way to the alternate world. Others have, too. And their carelessness could cause millions back on our Earth to die.

John Scalzi is the New York Times best selling author of Old Man’s War, The Collapsing Empire and Redshirts, the latter of which won the Hugo Award for Best Novel. His short stories have been adapted for the Netflix animated series Love Death + Robots. He’s known across the internet for his horrific burritos.